Thought aviation was a man’s world? Think again. In honor of International Women’s Day, the London newspaper, The Independent, has put together a list of six women who transformed the way we fly today…women who made the modern flying experience not only possible, but comfortable and safe, too. Next time you fly, you know who to raise a glass to.

The world may know plenty about Amelia Earhart, but what about Harriet Quimby? The first woman to fly across the English Channel, Quimby was also one of the first journalists ever to write about aeroplanes – she’s the one who invented the term “airline.” Then there’s Emma Lilian Todd, who was designing flying machines at the same time as the Wright Brothers. We tend to think of aviation as a male-dominated industry, but plenty of women have broken glass ceilings to make a difference.

When 25-year-old United Airlines flight attendant Debrilla Ratchford noticed her passengers were having trouble carrying their luggage through the airport, she set to work to find a solution. “I go in airports all over the country and see passengers struggling with their suitcases, lugging them out of cabs through the terminal all the way up the staircases,” Ratchford told the Washington Post in 1978. That year she received a patent for her solution: a luggage system consisting of a wheeled bag and a “skyhook” that allows additional bags to connect for easy portability. While luggage company executive Bernard Sadow as the first to think of attaching wheels to the bottom of a suitcase, it was Ratchford who expanded upon the concept, making them properly wheelable and suited to a public increasingly packing more bags. The easy-rolling cases we see all over airports today are adapted from her designs. 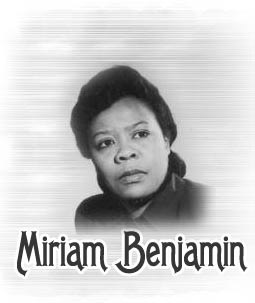 When you’re stuck in a window seat but in need of a drink, thank Miriam E. Benjamin for making the overhead call button possible. A teacher from Washington DC, Benjamin filed a patent in 1888 for a “Gong and Signal Chair for Hotels,” allowing guests in hotel bars and restaurants to summon waiters by pressing a button, which then lit a light attached to the chair. Benjamin became the second African-American woman to gain a U.S. patent (following Judy W. Reed’s 1884 invention of a dough kneader), and her system was quickly adapted by the U.S. House of Representatives. The familiar “ding-dong” of the flight attendant call button on aeroplanes is simply her “Gong and Signal Chair” network brought to the skies.

Hand sanitizer isn’t an essential component of modern flying, but it should be. In 1966, Lupe Hernandez, a student nurse from Bakersfield, California, brainstormed ways to easily cleanse without the need of a sink, soap, or water. She settled on rubbing alcohol as a gel, which cleans by evaporating bacteria. While the classic combination of soap and water still proves most effective against spreading germs, Hernandez’s invention of hand sanitizer gel is now a must-have for any passenger wary of what lurks on airplane tray tables, arm rests and toilet door handles. Don’t want to catch norovirus on your flight? Thank Lupe.

And then there’s Suzanne Golding, who knew that the key to surviving long-haul flying is a good rest on the plane. And the eyemasks you’re handed out today on long flights is down to her. In 1951 she invented a reusable, vaguely bra-shaped mask which would block out light. As evidenced from the flimsy masks handed out in amenity kits these days, not a whole lot has changed since Golding’s original invention. 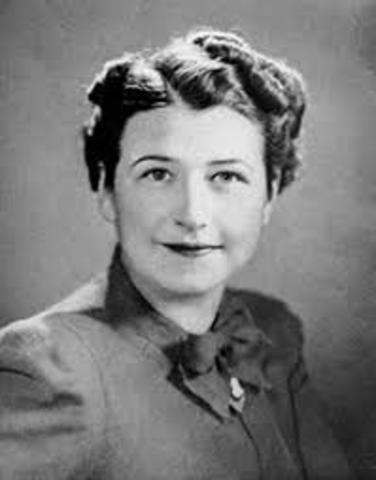 Emergency landings are something no one wants to think of, but life rafts – deployed during landings on water – were invented in 1880 by Maria Beasley (at left) of Philadelphia. A serial inventor, Beasley imagined her collapsible rafts with slatted bases for boats, and obviously today’s life rafts look slightly different from her designs, but modern versions of her raft are stowed in most commercial airliners today.

And last, but certainly not least is Hedy Lamarr (pictured above). Yes, that Hedy Lamarr. The glamour-puss actress of Hollywood’s golden age was also a prolific inventor. Appropriately enough for the woman who starred in My Favourite Spy, her most famous discovery was frequency-hopping, spread-spectrum technology, which she patented in 1942 as a “Secret Communication System” originally designed to help Allied torpedoes reach their targets during World War II. Sound familiar? That technology now forms the basis for wireless communication – everything from Bluetooth to GPS. Without her efforts 75 years ago, WiFi – and inflight WiFi – might not exist today. So next time you manage to update your Facebook from 38,000 feet or get ahead of work, you know who to thank. (The Independent)

Teplis Travel is a woman-owned business enterprise and we are proud to salute these pioneers of aviation for their valuable contribution to the travel industry and modern life.