If it seems like LaGuardia airport has been hampered by construction forever, it has. We first starting hearing about traffic congestion delays in 2017. Unfortunately, the project has moved into what the Port Authority calls a “peak construction period” that is scheduled to last until the new airport is finished in mid-2020. When combined with record summer passenger volume, congestion on and around the airport will reach massive proportions, especially ahead of weekends. 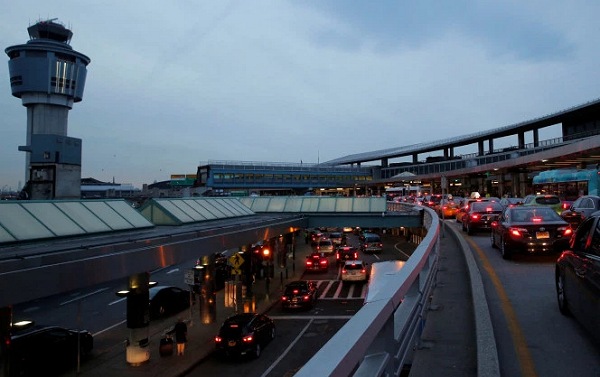 In an attempt to cope, the Port Authority has set up a shuttle bus which will take you from the regular taxi stand to a temporary one closer to Manhattan, which is approximately 5 to 10 minutes away from Terminal B and approximately 15 minutes from Terminal C/D depending on airport conditions. The headaches are worst for folks arriving at Terminal C and D.

Terminal B passengers (American, Southwest and United) will be shuttled to taxis during high congestion hours on the airport’s busiest days: Thursdays, Fridays, Sundays, and Mondays. Terminal C and D passengers (Delta, Frontier, Spirit and WestJet) will be shuttled to taxis seven days a week during all hours due to the construction of the new terminal.

The remote taxi stands are located closer to Manhattan and offer reduced congestion when compared to traffic within the airport.

Note: The delay caused by adding in the shuttle affects passengers arriving on flights at the airport. Passengers departing on flights can still be dropped off directly at the terminal, though these areas will be experiencing heavier traffic than usual.

Allow extra time for getting to your destination and schedule flights an hour or more earlier than normal if you’re heading directly to a meeting in Manhattan.

As an alternative, you could always consider JFK and Newark as alternate airports. 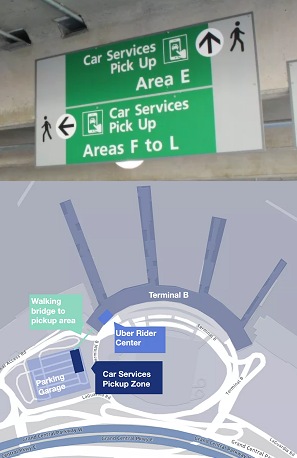 Also, Uber and Lyft or a black car service might be a better option for ground transportation at LaGuardia, especially if you’re arriving at Terminal B. The reason is, one of the completed areas of the construction project is Terminal B’s For-Hire Vehicle’s Pick-Up Area, located in the terminal’s parking garage. One-half of the 164,000 square foot space is for cars to queue, and one-half of the space is for cars that have been assigned by the various apps. Cars will move from the queue into the assigned areas once they’ve been paired with a passenger. Your Uber app, for example, will tell you in which area to meet your driver. Those areas are named E to L, which may seem counterintuitive, but the Port Authority helpfully avoided naming the areas A, B, C, or D to avoid confusion with the terminals’ names.

Note: According to Delta’s website, pick-up for Car Services (Lyft, Uber, Juno, limo/black car, etc.) for Terminals C and D will be relocated to a centralized location. Terminal wayfinding signage will be prominent from both terminals to the “Car Services” pick-up location, located on the ground level between Terminals C and D.

The good news is all this trouble will be a thing of the past when the entirely new LaGuardia Airport is completed next year. Then ground transportation options will include the AirTrain, which will provide easy access to and from Manhattan in 30 minutes or less.